Your phone buzzes and your eyes flutter for a few seconds to focus on your phone’s burning, fluorescent screen. You are met with a picture of yourself from last year. You had used a filter to attempt to celebrate Pride Month although you never really celebrated in person. Maybe because of shame. Maybe because of politics. Or maybe because you weren’t really that fun anymore. Either way you roll your eyes at yourself for good measure. 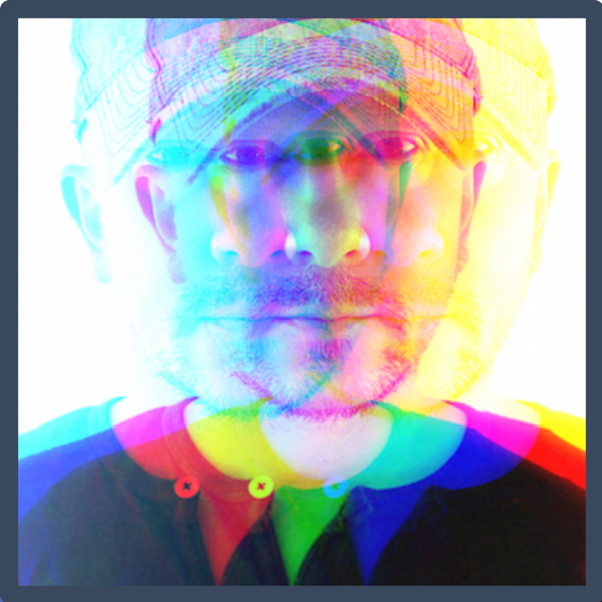 Looking at your picture you start to feel your face to inspect how much you’ve aged in the span of 12 months. Your eyes are puffy and the lines around them haven’t disappeared since your latest miracle cream routine. Your ears still stick out slightly just in the way that they have since you hit your minor growth spurt at 13 years old. Your hairline is nonexistent at this point which reveals the faint shrug lines on your forehead. This is why you almost always wear a hat. Your mustache is thick and although the picture doesn’t show it you know there is more white than black at this point.

Your mother passed away over 3 years ago and it had been at least 7 years since you had heard his voice. Every now and again, after a few vodka sodas, you sometimes speak of the dissolution of your parental relationships. You use it as a fascinating storyline. You were the boy without parents. A lone wolf in a harsh wilderness easily surviving it all. You didn’t need anyone. It was easy for you to toss it out there like other cocktail stories about your dog or your recipe for pimento cheese. It made you appear beyond it all and maybe a little above it all when you were too harsh on them.

But in your lonely, sobering moments you’d admit to yourself that losing these connections was a tragic experience in your life. You made choices that you weren’t proud of. At times you’d lied to those around you out of desperate protection. Yet in the end you often still yearn for the life that was never meant to be.

In the early morning hours, you’d search for the quiet to allow these thoughts to come forward fully formed. No interruptions. No outside perspectives. You’d give yourself the space. You’d allow him to be on your mind.

You’d get the random phone call from time to time with no message although you knew the area code by heart. You knew it was never from him but that drunk cousin who couldn’t leave well enough alone. A few of your high school friends who you remotely stayed in contact with would tell you bits of information they heard about his whereabouts. You’d be thankful to them but then not all at the same time.

So instead of simply wondering about him you would take it upon yourself to research. Googling for information was just like you did for other items of interest a million times a day. Finding out if your father was dead or alive was just as easy as buying your anti-aging serums.

You start with your mother’s obituary because you already knew what the results would bring. There wouldn’t be any surprises.

This was the only proof of her death besides that call from your cousin. The voicemail you panicked had been deleted by the AT&T service center when you upgraded your phone. You had explained that it was important because there had been no funeral. You remember the look of uncomfortable embarrassment from the twenty something technician as you explained it all. You thought that maybe it was your misunderstanding of the cloud that cocked his head in that manner. Maybe.

The obituary had very few remembrances. Notes from Aunts and cousins. You notice again the point that the obituary made between her being survived by a “loving husband” and that you were merely listed as the biological son. You smile at how passive aggressive your father had been. The trait made you feel close to him ever slightly because you’d maybe do the same thing if the roles were reversed.

You wonder if he cried after she passed away as you remember his tears at your brother’s funeral. You were only in the second grade at that time and your brother was only an infant. Yet it always stuck with you to see his vulnerable emotions on high. It rarely happened. Unless you saw his fury when you weren’t growing into the man that he had envisioned. You always felt these slight failures because you knew in your heart that you weren’t allowed to live for yourself. You were supposed to be living for him. And for your brother too.

You take a sip of your black iced coffee and search for a new shirt. The same style oxford shirt that you’ve worn since your first job after college. In your closet is a rainbow collection of them but this time the item in question was muted yellow. Looking at your complexion in the window you envision how this color would look on you. You give it a minute. You remove it from your cart.

You always found the obituary page of your hometown newspaper particularly sad. Not for the loss of loved ones or revered community members but for their lives that were so wrapped up in staying in one place. You catch yourself from going further when you see the husband of one of your classmates from elementary school. You wonder how she met him and more importantly what she would do now. You think about reaching out.

You scroll through the list for the last few months. Your father’s name isn’t listed there.

The high would be in the low 80’s with a strong chance of showers. You stare at your dog and wonder how difficult she’d be on her walks in the rain. She was easy but any amount of cold moisture would firmly plant those paws into the floor. You move your foot towards her and she rolls slightly to the left for a scratch.

You find nothing on your father but are drawn to a news story about a local nurse who left the scene of a car accident after she had been racing with the victim. The victim’s car had overturned and she left the scene after seeing him bloody and unconscious. Her license was suspended so she panicked at that moment. He died and in some ways you thought so did she. The result was 15 years in state prison. 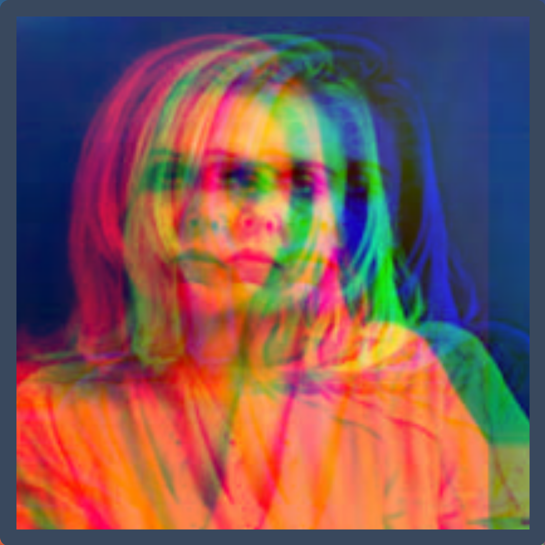 She had your last name but was of no relation. At least you thought. Staring at her mugshot you couldn’t tell anymore. It had been so long since you had seen one of your family members. Besides, everyone in the County kind of looked alike. Something you heard your teacher say in middle school that always stuck with you.

You type it out again before you have to head upstairs to work.

You see his name listed in the first few results. You stare. You scan. You acknowledge that feeling in your stomach. You knew this would be here. You knew that something had happened. And you were here at this moment to fully know. You accept it.

You read what is publicly available and instead of searching further click the images tab to see if there are any pictures available. Your eyes immediately meet the eyes of your father. You notice the drastic difference a year has made on the life of his face. The lines. The stress. The anger. The sagging. And most apparent the fear. 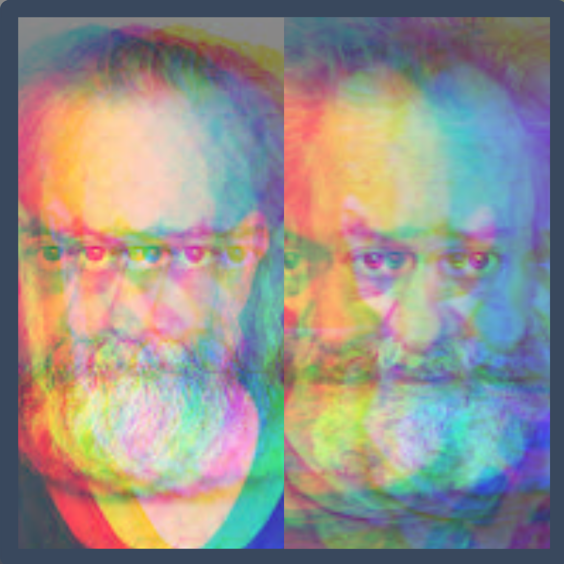 You think about that time on your Uncle’s property when he taught you how to fire a rifle. He told you that you were a good boy after your aim had improved over the span of the afternoon. He was happy with you then. You remember his firm grip. He was strong. Strong in stance and conviction. The latter which he never lost.

You remember that he always kept that loaded rifle by the front door and it wasn’t until now you realized that was strange. Strange since you had moved from a country farm to a populated, safe suburb. Strange that without any noticeable threat that the rifle remained there. You remembered he would casually touch it sometimes when talking to a visiting neighbor or the mailman dropping off a package.

Your alarm goes off to signal that it is time for you to head upstairs to your first virtual meeting of the day. You bookmark the tabs to review later that evening knowing that you would allow yourself at least 3 glasses of Trader Joe’s wine that was hidden in the back of your fridge. The good stuff was for celebration. The cheap stuff was for survival. You’d lie to your husband and tell him it was just a rough day and that you needed something to take the edge off. You promised yourself that you’d tell him the truth eventually but not today. And maybe not tomorrow either.

You put on a smile, straighten your tie, and log into Zoom. You greet everyone and start to lead the meeting. Outside in the distance you can hear the storm roll in off the water. You look to your side to see your dog staring at you. She knows. You point to her bed and she tucks herself in for a nap. Her snoring starts and you put yourself on mute as your colleagues talk about items that you have listed in the agenda. You remind yourself to stop scheduling meetings this early even though you know that you’ll do it again next week. The mornings were your time.

As they talk, your mind wanders a bit and you go back to J Crew. You stare at the shirt and laugh at yourself. You buy it anyway.

Soda Canter is currently at work on a collection of short stories and a debut album about his family’s experiences in a small river community called Morgantown. He lives in Wilmington, North Carolina and spends most days in the sun with his pocket pitbull, Esme-Loretta. You can follow his journey on Instagram @sodacanter.

Letter To a Young Poet

I Garden at the Edge of Autumn